Wrestler Pooja Gehlot apologises for not winning gold, PM Modi bucks her up 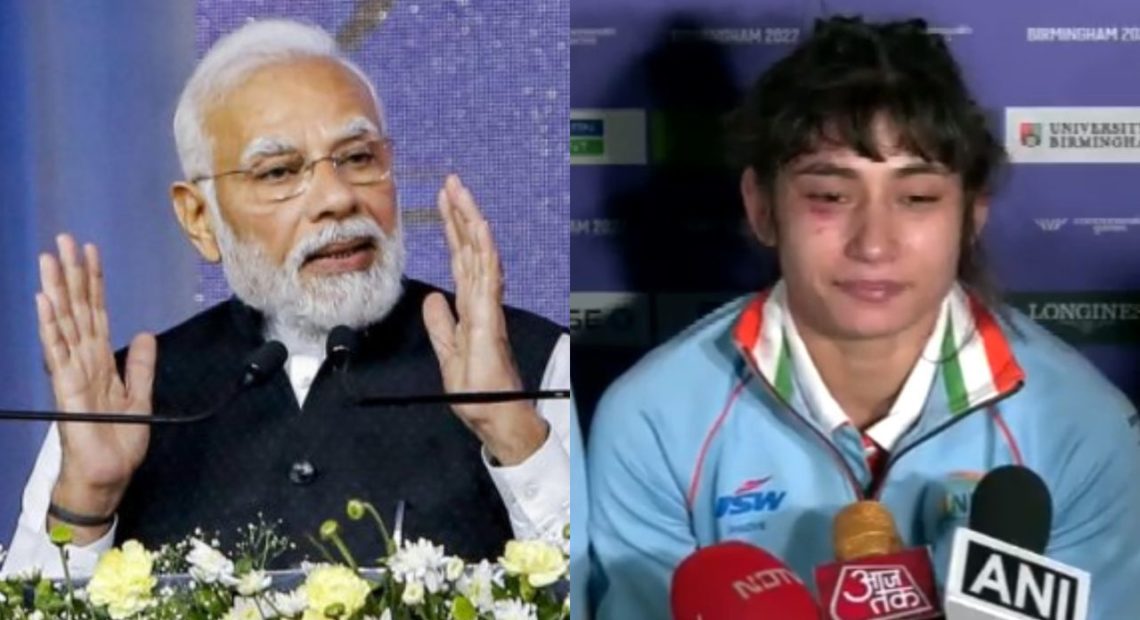 She won the bronze medal in the Women’s Freestyle 50 kg category in the ongoing Commonwealth Games 2022 by defeating Christine Lemofack Letchidjio of Scotland at the Coventry Arena Wrestling Mat B on Saturday.

But the wrestler was not satisfied with her result and wanted a gold medal.

“I apologise to my compatriots. I wished that the National Anthem to be played here, but I lost in the semifinal. But I will learn from my mistakes, and work on them,” said the wrestler while interacting with the media.

Meanwhile, Prime Minister Narendra Modi on Sunday congratulated Pooja Gehlot for winning the bronze medal and said that her life journey motivates all.

Reacting to her statement, Prime Minister Narendra Modi, in a tweet today, wrote, “Pooja, your medal calls for celebrations, not an apology. Your life journey motivates us, your success gladdens us. You are destined for great things ahead…keep shining!”

Gehlot won the bronze medal match 12-2 and won on the basis of technical superiority. The match lasted three minutes and forty-nine seconds.

The Indian grappler took a 10-2 lead in the first period and the pressure was on her opponent.

Gehlot was in good form in the match. She managed to hold her own and she kept her opponent at bay to walk away with the bronze.