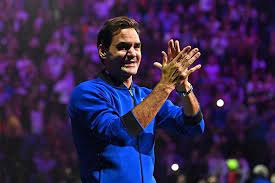 Roger Federer ended his remarkable career with an agonising doubles defeat alongside a long-time rival, Rafael Nadal, at the Laver Cup in the early hours of Saturday.

The 20-time Grand Slam champion, dogged by a knee injury, has not played since the 2021 Wimbledon quarter-finals and last week announced his retirement at the age of 41.

The result meant Team Europe were locked at 2-2 with Team World at the end of the opening day of the Ryder Cup-style event after Andy Murray slipped to defeat against Australia’s Alex de Minaur.

“We’ll get through this somehow,” said a tearful Federer. “It’s been a wonderful day. I told the guys I’m happy, not sad.

“It feels great to be here. I enjoyed tying my shoelaces once more, everything was the last time.

“I didn’t feel the stress so much even though I thought maybe something was going to go, like a calf, but the match was great.

“Playing with Rafa and having all the greats here, all the legends, thank you.”

Federer has enjoyed a storied rivalry with Spain’s Nadal over nearly two decades. The pair, who first met in 2004, played 40 times, including in nine Grand Slam finals, with Nadal holding a 24-16 winning record.

But on Friday they were on the same side of the net in a fitting farewell for Federer, who turned professional nearly a quarter of a century ago.