Second T20I: India Beat Australia in 8-over match delayed due to rain 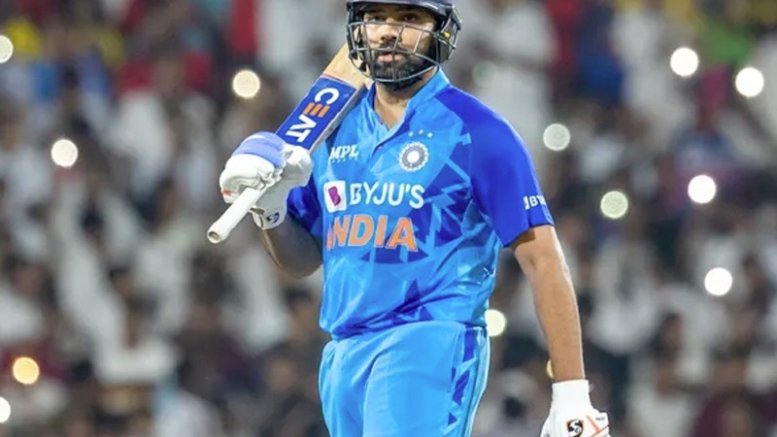 With India chasing a target of 91 in a match delayed by two hours and 30 minutes, Rohit Sharma’s unbeaten 46 steered India to a six-wicket win in the second T20I at the VCA Stadium in Nagpur.

The pair collected 20 runs in the first over, which was bowled by Josh Hazlewood. Earlier, Matthew Wade’s power-hitting steered Australia to 90 for five in a rain-hit match at the VCA Stadium in Nagpur. After the match was reduced to eight-overs-per-side, India opted to bowl first.

Bumrah is back in the playing XI, and replaces Umesh Yadav. Rishabh Pant is also back as Bhuvneshwar Kumar sits out. Australia also made a couple of changes as Sean Abbott and Daniel Sams replace Nathan Ellis and Josh Inglis. The toss was earlier delayed due to a wet outfield.

Earlier, Matthew Wade’s unbeaten 43 off 20 balls with four boundaries and two sixes to his name guide Australia to 90/5 in 8 overs.  Put into bat Australia in an eight overs per side match visitors got off to a decent start scoring 10 runs off the first over. Axar Patel was introduced into the attack in the second over of the match and in his over India got the breakthrough as Virat Kohli ran out opener Cameron Green. Just two balls later left-arm spinner got the prized scalp of dangerous Glenn Maxwell for a golden duck.

Aaron Finch had give the visitors a strong start, before Australia lost an array of wickets, courtest Axar Patel and Jasprit Bumrah. Australia seemed to be in trouble, but Wade’s 20-ball 43 took Australia to a strong total.