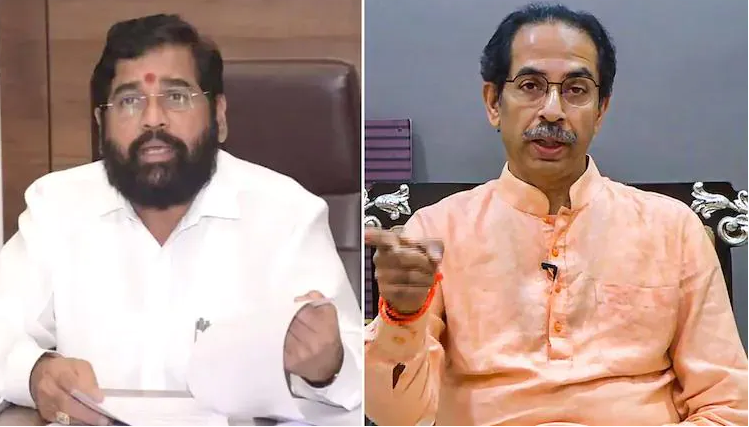 Playing a lead role in Maharashtra’s political cisis, the Shiv Sena’s rebel leader and urban development minister on Wednesday late evening ruled out possibility of any rapprochement. Shinde, who claims that he is accompanied by over 46 legislators and another 10 are in the pipeline, did not address the press conference but after meeting with his associates denied Thackeray’s offer.

Earlier, the Chief Minister Uddhav Thackeray offered to resign as CM and also as the Shiv Sena president to quell the rebellion,

Reacting over the CM’s resignation offer, Shinde preferred to express his views by going to twitter instead. In two separate tweets, Shinde insisted that it was necessary to walk out of ‘’unnatural alliance’’ with NCP and Congress to ensure the survival of Shiv Sena and Shiv Sainiks in Maharashtra.

‘’In the last two years under the MVA government, only the coalition partners benefitted while the Shiv Sainiks were left frustrated. While our allies gained strength the Shiv Sena and Sainiks were deliberately weakened. For ensuring the survival of the party and Sainiks, it is necessary to step out of this unnatural alliance. It is time to take a decision for the greater good of Maharashtra,” he said.

It is to be noted that the 34 Shiv Sena MLAs, who are part of the breakaway faction and housed in a hotel at Guwahati in BJP ruled Assam, passed a resolution appointing Eknath Shinde as the leader of the Shiv Sena Legislature party. In the resolution, they said that “there is enormous discontent amongst the cadre of the party especially after Shiv Sena for forming the government with NCP and Congress who are ideologically opposed to out party”.

‘’Bharat Gogawale has been appointed as the Chief Whip of Shiv Sena Legislative Party,’’ said the resolution. So, the order issued by Sunil Prabhu, regarding the Legislative Party meeting this evening is illegal,” tweets Shiv Sena’s Eknath Shinde.

ALSO READ: Uddhav Thackeray: Ready To Resign If Even One MLA Objects To Me As CM

These legislators wrote to Governor Bhagat Singh Koshyari and state assembly deputy speaker Narahari Zirwal that Eknath Shinde is their leader. The signatories to the letter include 30 Sena and four independent MLAs. Eknath Shinde needs seven more Sena MLAs on his side to split the party without risking disqualification under the anti-defection law. In the late evening water supply minister Gulabrao Patil along with three legislators Manjula Gavit and Chandrakant Patil (independents) and Yogesh Kadam, who is son of a veteran Shiv Sena leader Ramdas Kadam, met Shinde and joined him.