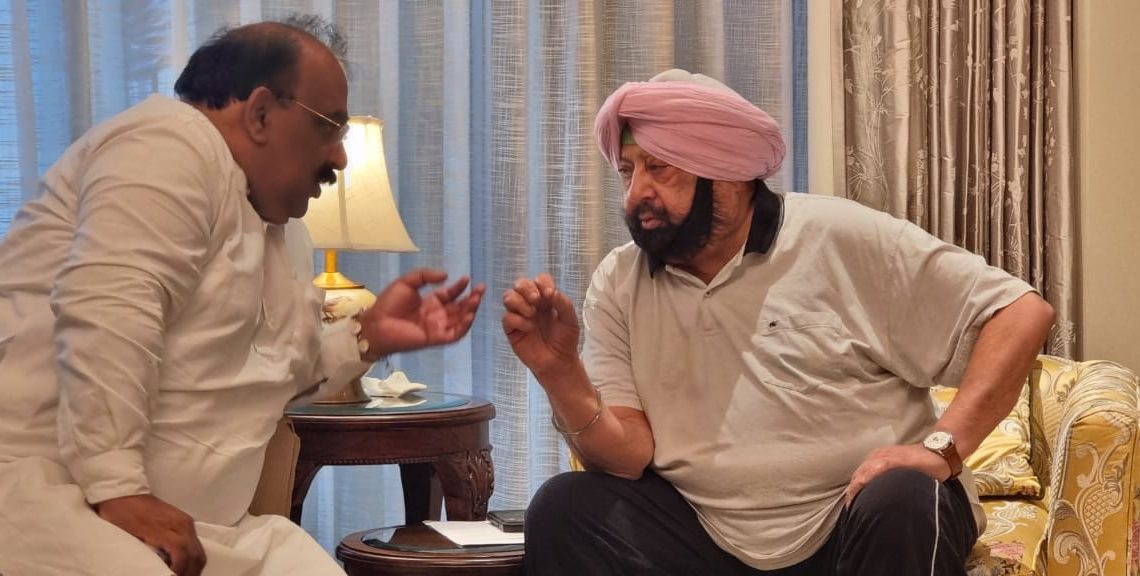 Sharma was accompanied by general secretary organization Srininvas and other leaders including Dr Subhash Sharma, Jiwan Gupta and Rajesh Bagga.

This was the first meeting between senior Punjab BJP leaders with Capt Amarinder Singh after he joined the party in Delhi on Monday. Raninder Singh and Kamajit Singh Saini were also present during the meeting.

The BJP leaders discussed the prevailing political scenario in Punjab and future course of action of the party, which has emerged as the main and only challenger to the misgovernance of the Aam Aadmi Party government in the state, a press release issued by the party said.

Capt Amarinder later tweeted, “pleased to host the state BJP president Ashwani Sharma Ji and other senior leaders of the party at my residence today. Together we will work hard for a better and secure future of our state and our country”.

The party is planning a mass mobilization programme across the state after a successful protest against the AAP government in Chandigarh on Thursday against the allegation of bribing the AAP MLAs, the press release added.