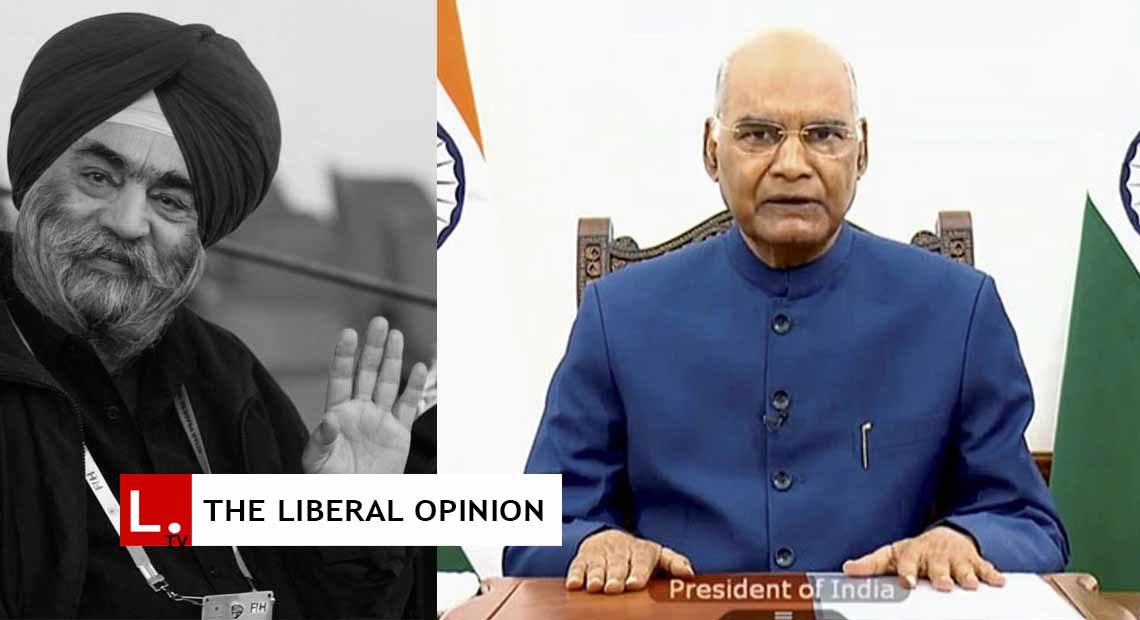 In less than two months, India will decide on its new President. Who will succeed the incumbent Ram Nath Kovind?, is a question  that may not be very difficult to answer. The reason: the electoral college as it stands is structured on the basis of strengths of different political parties, both in Parliament and State assemblies. The ruling NDA  is at a slight advantage.

President Ram Nath Kovind’s term  will end  on July 24. The Constitution requires that the process to elect his successor has to be completed before the completion of his term.

The Election Commission that oversees the conduct of the Presidential election  has already set in motion the process  by announcing the schedule.

The electoral college for the presidential elections comprises 4,809 members, that includes 233 Rajya Sabha and 543 Lok Sabha members, and 4,033 MLAs of State Assemblies.

Each member has a certain vote value based on the strength of the population he or she represents.

Though there are efforts to bring all Opposition parties together for the Presidential elections but ideological differences  may  still keep them fragmented.

Who all are in the run for the Presidential election? Both the ruling and the opposition parties will formally start holding parleys soon to deliberate upon possible and commonly accepted choices for both President and Vice-President offices.

As of now, the possibility of the BJP-led NDP nominee  occupying the Rashtrapati Bhavan  looks strong.

Of the State parties, both the Biju Janata Dal with 31,686 votes and the YSR Congress with 43,450 votes have conveyed to the BJP-led NDA government  their wholehearted support. The Odisha CM Naveen Patnaik, on May 30, and YSR Congress chief and Andhra Pradesh CM Y.S. Jagan Mohan Reddy, on June 2, met the PM, reportedly committing their votes to the BJP’s choice for the highest office.

BJP president J.P. Nadda and Union Defence Minister Rajnath Singh  have been authorised to hold consultations with the NDA partners, UPA constituents and Independent MPs regarding the Presidential election.

On the other hand, the West Bengal Chief Minister Mamata Banerjee called upon leaders of all other political parties and Chief Ministers for an Opposition meeting at the Constitution Club in New Delhi on June 15. The agenda of the meeting is to put up a common nominee from the Opposition for the highest office. Even the  Congress President Sonia Gandhi, now convalescing at a Delhi hospital after being diagnosed positive for Covid-19, has been getting in touch with leaders of other political parties, including  NCP leader Sharad Pawar over the same issue.

Though the outcome of the Presidential election is more or less predictable, the contest will  still be closely watched and monitored. Not only within the country, but all over the globe. India is still rated as one of the fastest growing economy and a new power on the world horizon. Its stand on the Russia-Ukraine war has given its own global identity.

The Presidential election will have many layers of political meaning and symbolism, as the new President will assume office  at a time when the country is faced with a crippling religious polarisation and other challenges.

Incidentally, it will be the second successive presidential election  to be held without  J&K’s legislators. J&K had lost the status of a State as it became a UT in 2019.

In the last election, the BJP played the trump card of fielding a Dalit for the top post. What card it plays this time remains to be seen.  Like last election, the election strategy of the BJP for the 2024 general elections will more or less get reflected in the choice of its candidates, both for President and Vice-President, for the ensuing polls. Will it be projecting  Presidential candidate from one of  the minorities to reiterate the party’s endeavour to build its secular image or something else?

While the action of the Narendra Modi government will be watched with bated breath, it will also be a litmus test for the Opposition parties. Will they be able to put up a united show? is a million rupee question.

Both Congress and AAP are ruling in two States each. The Congress, however,  has the highest number of votes among the non-BJP parties. The possibility of a Congress sponsored candidate getting approval of the Opposition looks remote.

The TRS chief and Telangana CM, K. Chandrashekar Rao, and the TMC leader and West Bengal CM, Mamata Banerjee, want to lead the Opposition coalition. They both may be unwilling to concede the leadership to the Congress. Till now, they have not taken any public stand but going by their immediate past relations with Congress, their choice may fall elsewhere.

Same is the case with the Aam Aadmi Party. The  AAP convener and the Delhi Chief Minister  Arvind Kejriwal. Now working hard to get a foothold in both Haryana and Himachal Pradesh , has been relentless not only in his attacks on the BJP, but is strongly opposed to the Congress.

Also the stand of  Shiromani Akali Dal will be watched with tremendous interest. The party has been decimated to side-lines and is presently in alliance with Bahujan Samaj Party. Will it go be what Mayawati decides or take its own stance in the July  18 polls?

Considering these divergent views and conflicting ambitions, it will be a tall order for the Opposition to devise a united front and coherent strategy. All told, the presidential election will be a demonstration of how political forces are aligned  and its  outcome determining the political future of the country.