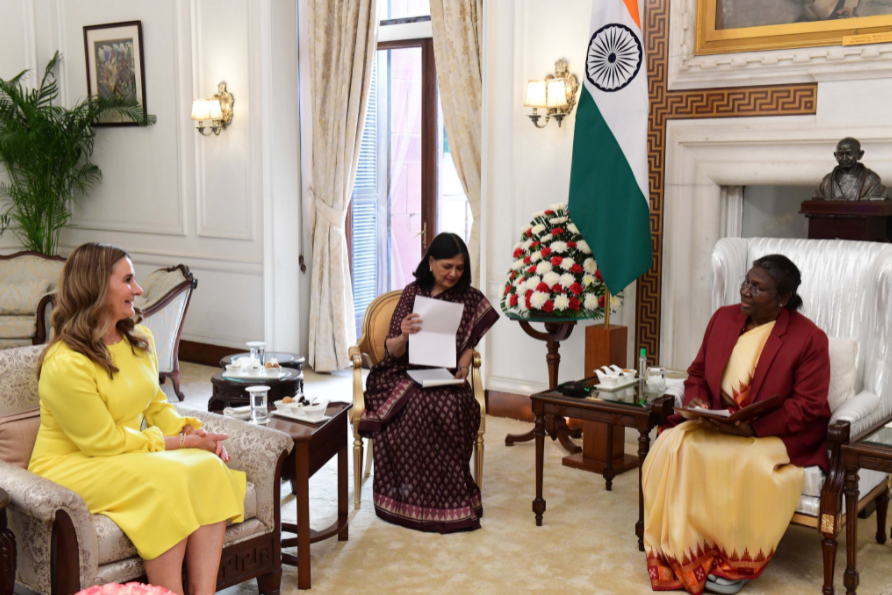 Melinda French Gates, Co-Chair and Trustee of the Bill and Melinda Gates Foundation called on the President of India, Droupadi Murmu at Rashtrapati Bhavan today.

Welcoming Melinda French Gates to Rashtrapati Bhavan, the President was happy to note the work done by the Bill and Melinda Gates Foundation over the past two decades.

The President said that the Government of India is investing significantly in health and development through a range of flagship initiatives. The Government is making special efforts to ensure an inclusive approach, so that the benefits reach the most vulnerable and disadvantaged sections of society.

She expressed confidence that the Foundation would also make efforts to reach those who are most in need – whether they are women and girls, tribal communities, or those residing in remote parts of the country. The President also highlighted the role of women in the overall development of the country, and called on the Foundation to continue its efforts towards gender equality and women’s empowerment.

ALSO READ: ‘One District, One Product’: 20 Rural Industrial Hubs To Come Up In Punjab

Speaking about India taking over the G20 Presidency, the President said that India’s experience and best practices can be very useful lessons for other developing countries. In particular, India’s rich and diverse tribal heritage can be showcased to the world – living in harmony with nature, traditional systems of medicine, and a genuine ‘sustainability’ approach are the hallmarks of this unique lifestyle.