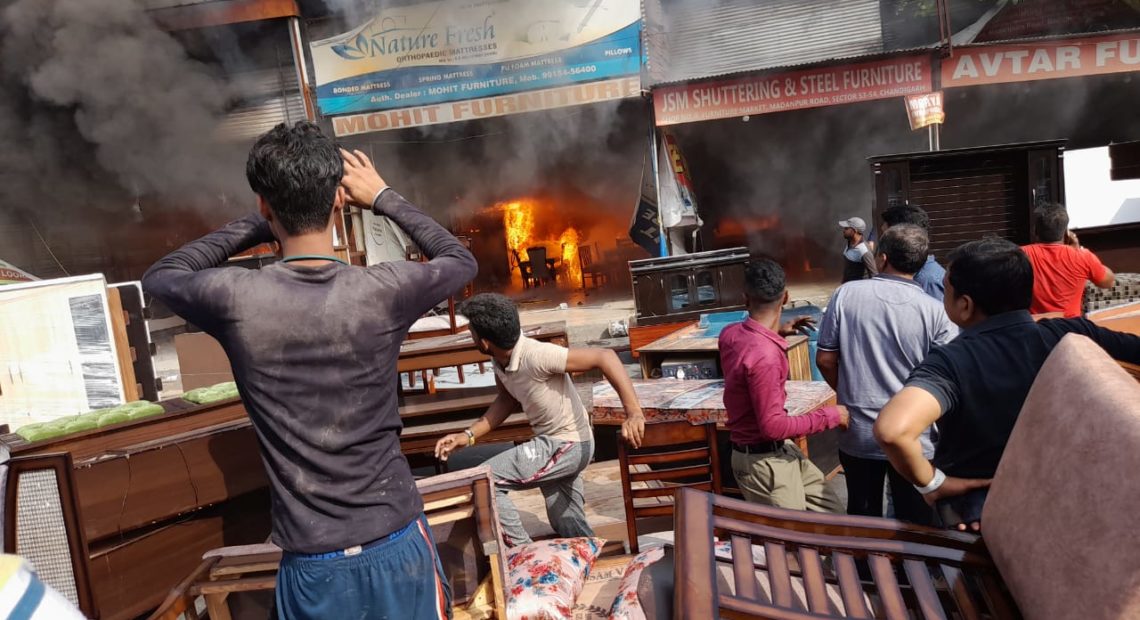 A major fire broke out in the furniture market alongside the road separating Sector 53 and 54 in Chandigarh . About 11 shops have been gutted in the fire.

According to information, the fire is said to have broken at about 4 pm. The fire has not been controlled and the firemen are engaged in dousing the flames. Fire tenders from different fire stations have been pressed into service.

The reason of fire could not be ascertained. according to a news report, an eyewitness said the fire seemed to have first broken out on the backside of the market.

Chaos was witnessed in the area as the shopkeepers and their workers were seen taking out their goods amid blaze in the shops. The police had barricaded this Sector 53/54 dividing road to stop the road traffic.

Traffic jams were also witnessed on the connecting roads.