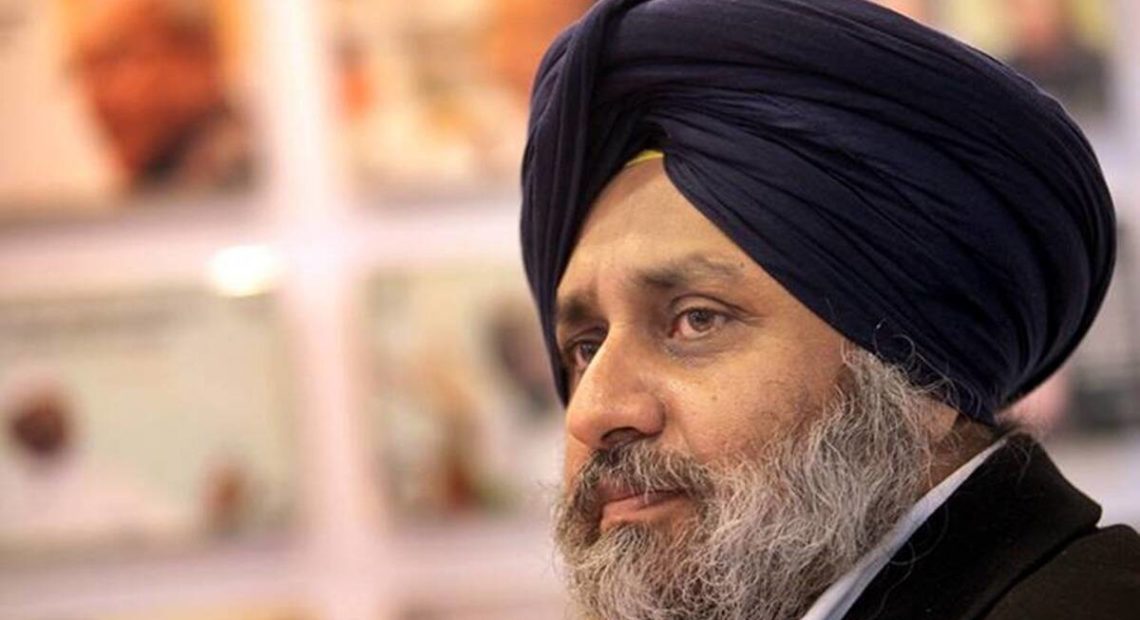 Shiromani Akali Dal (SAD) president Sukhbir Singh Badal today challenged chief minister Bhagwant Mann to place on record the so called ‘five pensions’ which he alleged had been availed by former chief minister Parkash Singh Badal in public domain or be ready to face a defamation suit for peddling lies.

In a statement released in Chandigarh, the SAD President said the chief minister was continuing with the defamation campaign unleashed by Aam Aadmi Party (AAP) seven years back and was now trying to woo the electorate of Gujarat with lies and false promises. “Bhagwant Mann may think that he can lie and mislead the people but we will hold him to his words. Now he will have to substantiate his claims by placing the record of the same in public domain or apologize for the utterances. If he does neither we will take recourse to legal action against him”.

Giving the factual position, Sukhbir Badal said the truth was that the five times chief minister had written to the Protem Speaker immediately after his 2022 assembly election loss and asked that pension due to him for serving ten terms as a legislator should not be sent to him. “Parkash Singh Badal requested that this money should be used for public welfare, especially education of the girl child”.

Stating that this communication was a matter of Vidhan Sabha record, Badal said the former chief minister had also made it clear in the letter that never in his life had he claimed pension as an ex-MLA. “In light of these facts, it is clear that the chief minister is making mischievous comments purposely to show the SAD in poor light and herald himself as a messiah who is saving taxpayers money of Rs five lakh per month. Actually the opposite is true. The entire AAP campaign is built on propaganda with Rs 700 crore being earmarked for advertisements in the current financial year only. Hundreds of crores have already been spent on advertising AAP across the country, including poll bound States like Gujarat. This is taxpayers money of Punjabis which should have been utilized for development in the State. This also shows how interested the chief minister really is in utilizing public money for welfare of Punjabis”.

Sukhbir Badal also exposed the lies uttered by Bhagwant Mann during the course of his press conference in Gujarat today where he claimed that the AAP government was constructing medical colleges in Punjab. “This is a blatant lie. All the medical colleges which have been sanctioned in Punjab are part of a post-Covid initiative of the central government and are centrally funded projects”.

The SAD President also asked the chief minister to reflect upon the massive contribution of S Parkash Singh Badal in building the health infrastructure of Punjab as compared to his complete non-performance. “The most you (Bhagwant Mann) have done is repainting Suvidha Centres established by the erstwhile SAD government to convert them into Mohalla Clinics on the failed Delhi Model. Even these are not being run properly besides destabilizing rural hospitals which are without doctors and facing acute shortage of medicines”.