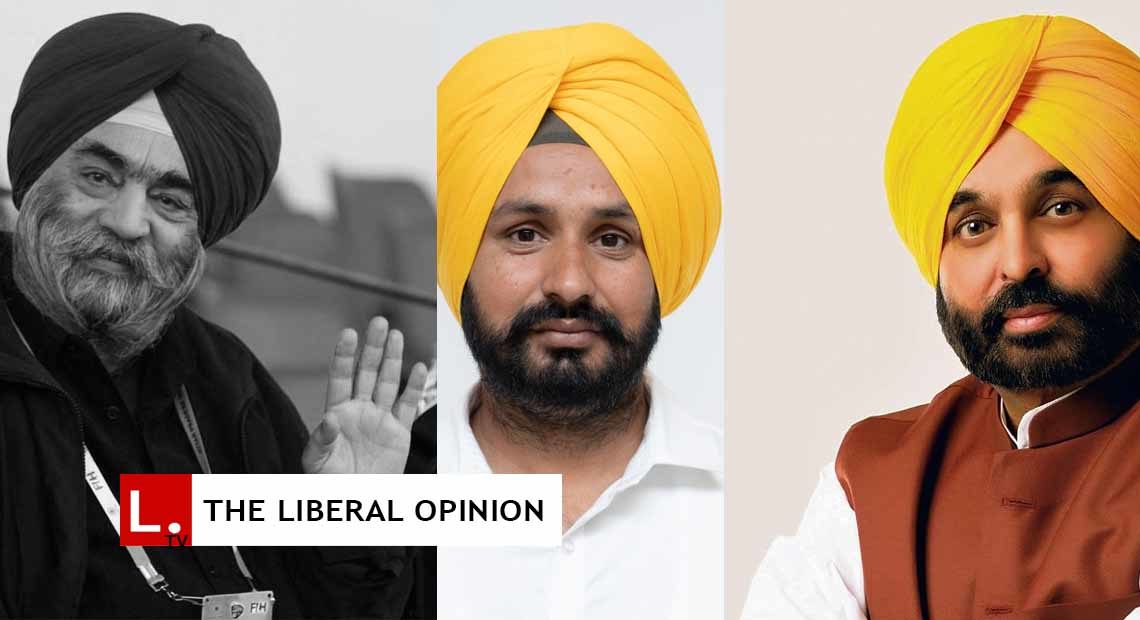 Rocked by the gruesome assassination of folk singer-turned politician Sidhu Moose Wala on May 29, the ruling Aam Aadmi faces a litmus test in the Sangrur Lok Sabha seat bye-election scheduled for June 23.

The seat had fallen vacant after the incumbent Punjab Chief Minister Bhagwant Mann quit his Lok Sabha seat on his election to Punjab Vidhan Sabha from Dhuri. In the last two elections – in 2014 and 2019 – Bhagwant Mann had successfully contested from this seat.

Of the five contestants in the fray this time include Simranjit Singh Mann, President of Shiromani Akali Dal (Mann), who represented Sangrur in Lok Sabha from 1999 to 2004.

There were speculations that all Sikh organisations and political parties would up a joint Panthic candidate in their endeavor to get early release of Sikh prisoners languishing in various jails of the country.

The closed door meeting the two leaders and other senior leaders reportedly failed to reach unanimity.

Other candidates in the fray include Gurmail Singh of ruling Aam Aadmi Party. An environmentalist, Gurmail Singh has been active in AAP politics as a youth leader and heads the Sangrur unit of the party.

Other than Simranjit Singh Mann, who contested the last Lok Sabha election from this seat unsuccessfully, Kewal Singh Dhillon is also in the running this time. Though last time, he was a Congress candidate, now he is representing Bharatiya Janata Party. Interestingly, Kewal Dhillon, who twice represented Barnala in Punjab Vidhan Sabha as a Congressman, joined BJP only a day before his nomination as the party candidate for the ensuing bye-election.

At one stage, the Sanyukat Shiromani Akali Dal had raised objections on the way the BJP was going alone on both scouting for the candidate and contesting the election on its own.

In the 2019 elections, Parminder Singh Dhindsa, who unsuccessfully contested from Dirba in the last Assembly elections, was the Shiromani Akali Dal candidate. He finished third behind Bhagwant Singh Mann and  Kewal Singh Dhillon by polling 2,63,498 votes.

Parminder Dhindsa had represented Dirba in Punjab Vidhan Sabha for the 2017-2022 term.

Sangrur has a unique record as it has been sending representatives of different political parties, including Communists, Congress, and various factions of Shiromani Akali Dal, to Lok Sabha.

Ranjit Singh was the first Lok Sabha from Sangrur. He won in the 1952 elections as a representative of Congress.

Nirlep Kaur, owing allegiance to the then Shiromani Akali Dal (Sant Fateh Singh), won from Sangrur in 1967, the first general election after the reorganization of Punjab. Subsequently, Teja Singh Swatantar, wrested back the seat for Communist Party of India. In 1962, Ranjit Singh was the first CPI nominee to win from Sangrur.

Two of SAD MPs from Sangrur – Surjit Singh Barnala and Sukhdev Singh Dhindsa – remained part of the Union Cabinet in the NDA governments of their time.

SAD (Mann) was successful twice in representing this constituency in Lok Sabha. In 1989, Rajdev Singh was elected from here and 10 years later, the SAD(Mann) chief, Simranjit Singh Mann, won from Sangrur.

Political analysts hold that things have changed significantly primarily because of the assassination of Sidhu Moose Wala. Days before his killing, he had reportedly held a meeting with Simranjit Singh Mann pledging support to him in the Lok Sabha bye-election.