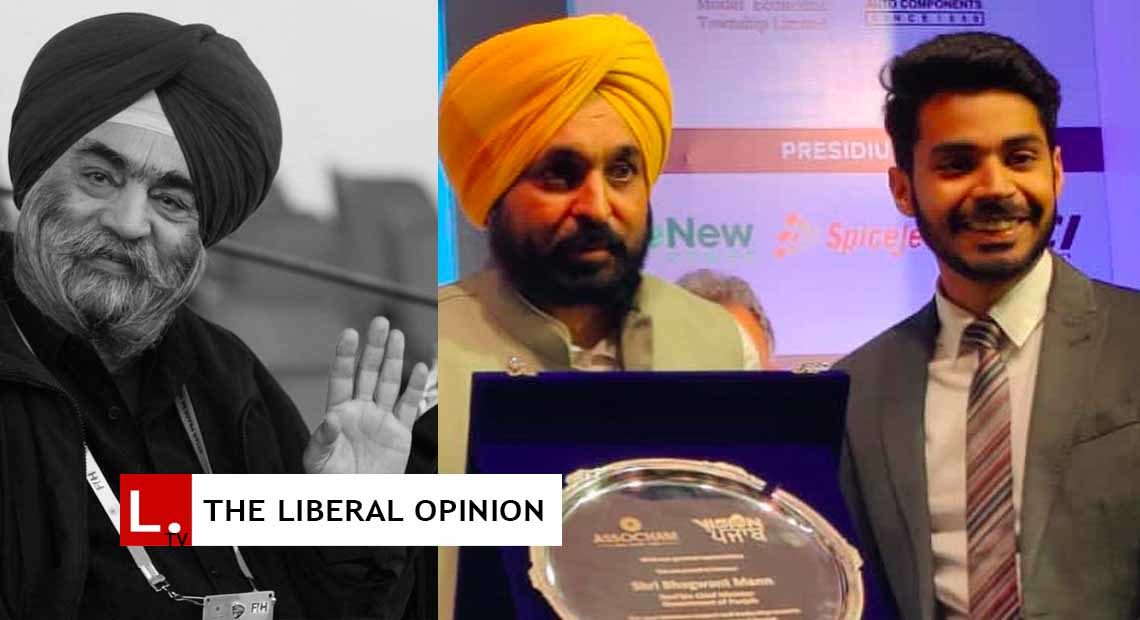 Will Punjab climb the industrial ladder? Once the number one State in the country, it has been struggling hard to retain its industry and enterprising entrepreneurs.

One of the worst affected by the Central Government’s incentive packed industrialisation of hilly States policy, Punjab has an onerous task on hand.

Successive governments in the last two decades held lavish shows to lure major industrial houses from both within and outside the country but without any success. Though MoUs worth hundreds of thousands of crores were signed during those shows, yet the actual investments failed to tickle in.

They even named some experts to guide the State’s progress through industrialization by according them the status of Cabinet Ministers. But nothing much came out of those acclamations.

To add salt to the injury, the State has been rapidly losing its talent along the flight of capital to more industrialised destinations.

Last month when Chief Minister Bhagwant Mann launched the Vision Punjab programme to take the State to new heights of industrial development, he promised to do all those things that the State needed most.

Promising support to old industrial houses to expand, he exhorted the enterprising entrepreneurs to stay put to help the State to regain its glory.

The Chief Minister was all ears  when the  existing leaders of the  State industry  talked their hearts out highlighting the problems they had been  going through.

It was during this interaction with captains of industry that TAC Security CEO and industrialist Trishneet Arora highlighted several issues that would help the State achieve its goal of industrialization.

Trishneet is a tech wizard. His passion in securing cyberspace motivated him to start his own company in 2013. At that time he was just 19. His company, TAC, has since then secured world’s top brands as its clients in providing them cyber security.

In 2017, GQ magazine included him in its list of 50 Most Influential Young Indians. Since then he has not looked back. In 2018 at St Gallen Symposium in Switzerland, he was inducted among the world’s 200 “Leaders of Tomorrow”.

His recognition has been travelling worldwide as Javier Gonzales, Mayor of the City of Santa Fe, New Mexico in the US, proclaimed August 25 as “Trishneet Arora Day” in 2017. Two years later, he was included in Fortune India’s 40 under 40 list, captioned “India’s Brightest Business Minds”.

Recipient of various awards and honours worldwide, including “Entrepreneur of the Year 2020”, Trishneet was accepted into Forbes Technology Council by an invitation that is extended only to select CIOs, CTOs, and technology executives.

This year he was invited and accepted to the  Forbes Business Council. All these honours, awards and success notwithstanding, Trishneet lives in SAS Nagar and remains a “Proud Punjabi”.

Trishneet, an icon, has earned Punjab a big respectable name in the most sought after domain of cyber security. His company TAC is one of those world class cyber security companies that provide services to the United States government and its agencies.

While participating in the Punjab Vision programme, he was emphatic in saying that due to lack of conducive environment in the State, many big start-ups like Flipkart, Ola and Zomato, have  moved out. One of the reasons for the drain of talent  from the State to other parts of the world was lack of a conducive environment. Poor connectivity was an equally responsible factor.

Trishneet Arora made his point well in saying that Punjab does not lack talent but the problem was retaining it.

He said that the continuous drain of talent and youth from Punjab was an issue that needed to be addressed urgently and sincerely. He argued that had the companies earning lakhs of crores of revenue not gone out of Punjab, there would have been little or no brain or brawn drain from the State. Why should  youth leave the State or their parents in their old age if they get opportunities here. Instead, by staying put, they could create opportunities for others, too.  This point was taken well by the Chief Minister as he reiterated that the State would make every endeavour to retain its youth and its wealth.

Trishneet Arora also echoed the sentiments of the industrialists  who had been asking  for a proper industrial environment.

While talking about his own company, TAC Security, Trishneet  maintained it was one of the largest cyber security companies in India. “It is the only company in India that also protects the US government. We do not lack capabilities but lack  conducive environment.”

He said if he could do it single-handedly why not others be encouraged to stay put in Punjab.

He corroborated by saying that 90 per cent of the students of Punjab going out  do not return to the state. “What is the point if you are not able to live your life with your parents after working hard and being successful,” asked Trishneet holding  “Punjab is not a state but a feeling.”

Trishneet concluded with a strong message to the Chief Minister and his Cabinet colleagues  that Punjab has no dearth of talent. It has a strong crop of  bright, intelligent and innovative minds who need to be associated with the future planning of the State. They can draw an effective and real  progressive road map for the State than those experts of yesteryears who enjoyed privileges of Cabinet ministers but failed to produce results.

The Chief Minister was in full agreement with Trishneet Arora  that Punjab needed better connectivity. Punjab has airports but no flights.In responding to his point about shortage of flights to  Chandigarh that severely  hamper movement of industrialists, CM Bhagwant Mann said that  besides Air India,  which would soon get its new name as Tata Sky, British Airways,, Vistara and Air Canada are in consultation with the Punjab Government  on linking Chandigarh and Amritsar with various important destinations in Europe and North America.  Needless to say that better air connectivity would not only help the state to attract more  investments but also accelerate its industrialisation.

Punjab needs more Trishneets to ascend the ladder of industrialization.