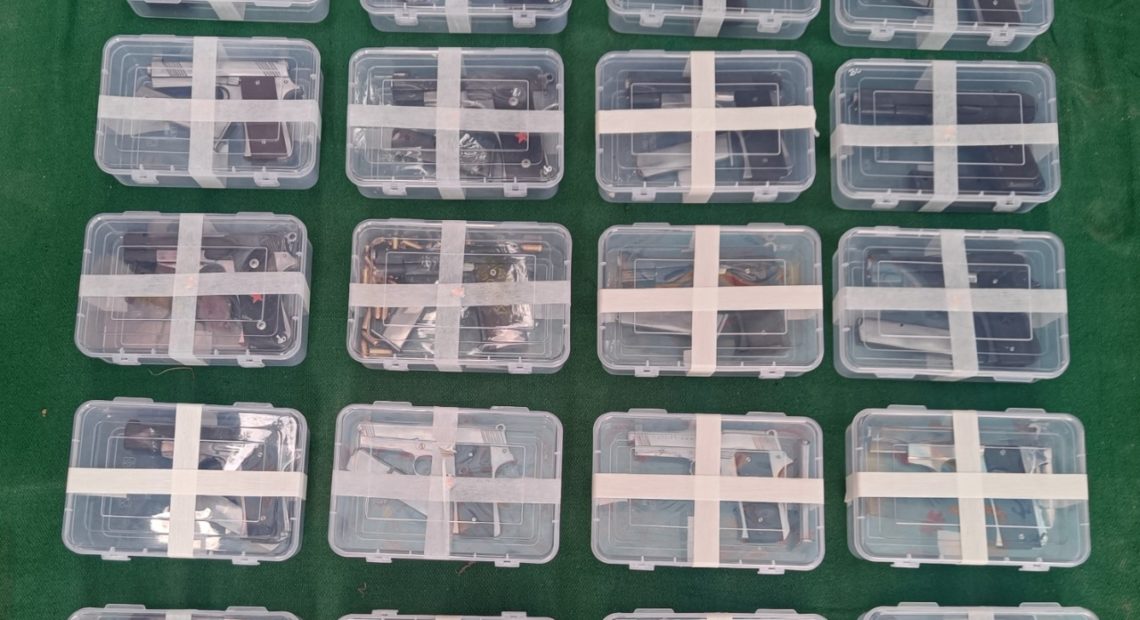 The accused has been identified as Bunty of Jain Chowk, Taliwada, District Bhiwani in Haryana, who is an inter-state weapon smuggler.

Divulging details about the major breakthrough, Director General of Police (DGP) Punjab Gaurav Yadav said that the AGTF in a joint operation with District Police SAS Nagar has arrested Bunty with 20 pistols including three .30 Caliber with 2 magazines, two 9MM with 2 magazines and 15 Indian-made pistols with 40 live cartridges and 11 magazines. The police have also recovered an Innova car bearing registration no HR-38-Q-2297 from the accused.

The preliminary investigation of the arrested accused, DGP Gaurav Yadav said, has revealed that he is a member of Lawrence Bishnoi gang and was tasked to deliver the consignment of weapons to the members of Lawrence Bishnoi gang on the directions of foreign-based gangster Satinderjit Singh Brar alias Goldy Brar. Further investigation is under process to find out his involvement in criminal cases, he added.

Meanwhile, a case FIR has been registered under sections 25(6) & 25 (7) of Arms Act at Police Station Dhakoli, Zirakpur.