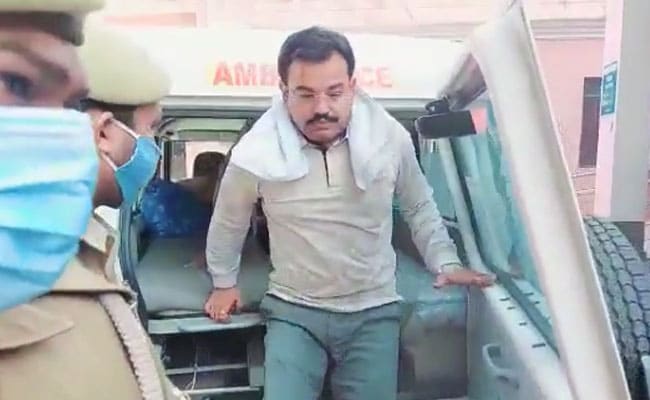 The Samyukt Kisan Morcha has expressed shock and dismay at the order of interim bail of 8 weeks granted to Ashish Mishra, son of Union Minister Ajay Mishra, who is accused of killing 4 farmers and a journalist in broad daylight by running them over with his vehicle at Lakhimpur Kheri of Uttar Pradesh.

In a press statement, the SKM said, “It is little consolation that the order stipulates that Mishra has to leave UP within 1 week of his release and he cannot stay in UP or NCT of Delhi. It is universally known that the minister had threatened to kill farmers who oppose him and the BJP government and the murder of farmers was a follow-through act of extreme and unproved violence. Mishra is a powerful politician affiliated to the ruling BJP and his release will greatly intimidate witnesses and jeopardise the trial. It may be kept in mind that the BJP led UP state govt was soft pedalling the arrest and charging of Ashish Mishra and ultimately the Supreme Court had to order independent investigation and action. It can only be imagined how Mishra on-the-loose will divert and pervert the course of justice”.

Pertinently, SKM has all along demanded swift punishment of culprits of Lakhimpur Kheri and removal of Ajay Mishra Teni from the Cabinet, both of which remain unfulfilled. SKM said that it will keep vigil to ensure that Ajay Mishra does not start another reign of terror and humbly submits that the Supreme Court should revoke the interim bail and in any event, not extend it any further. Ashish Mishra and his father Ajay Mishra are a threat to society and they cannot be allowed to play havoc in society, the SKM stated.