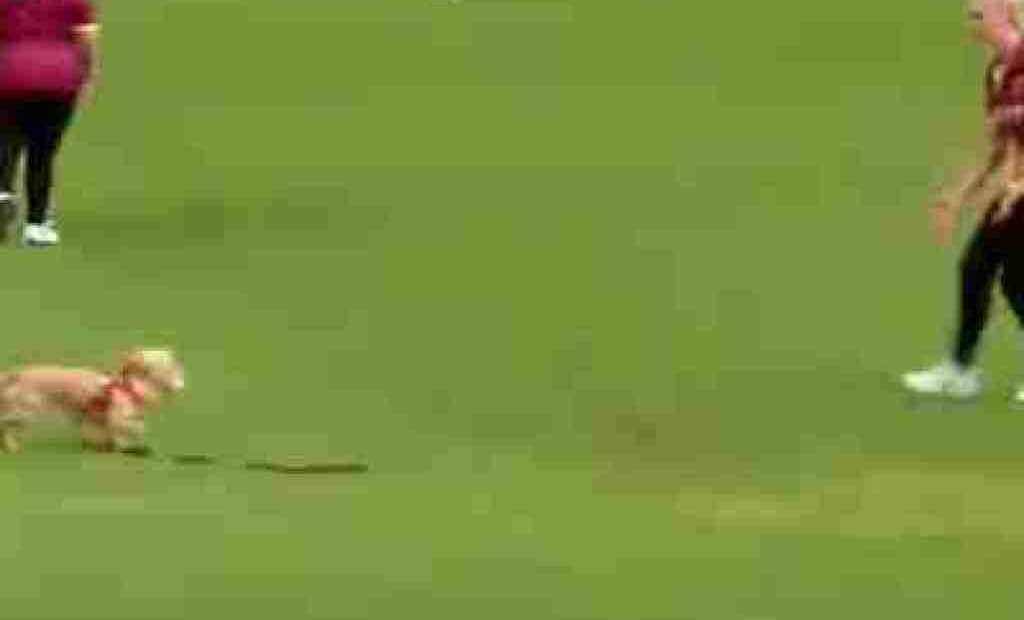 A video of a dog running with a leash has gone viral who stole the ball during a cricket match.

During a club cricket match in Dublin Ireland, a dog entered the ground and took away the ball on his mouth. The players and the owner of the dog chased him for the ball. The incident took place in the semi-final match of the Women’s All-Ireland T20 league.

The video was originally shared by Ireland Women’s Cricket. It was retweeted by Peter Miller, Head of PR & Communications of the Caribbean Premier League.

Miler wrote, “Nothing better than this will happen all summer,” while sharing the video.

The video has garnered more than 1.7 million views and still counting.

A Twitter user suggested not to take ‘well-trained’ dogs to sports matches. “This is why you shouldn’t take your dog too any ball based sports unless they have been well trained,” a user wrote.

Another one asked, “If the dog had run out of the boundary with the ball, would it have counted as 4 overthrow runs?”