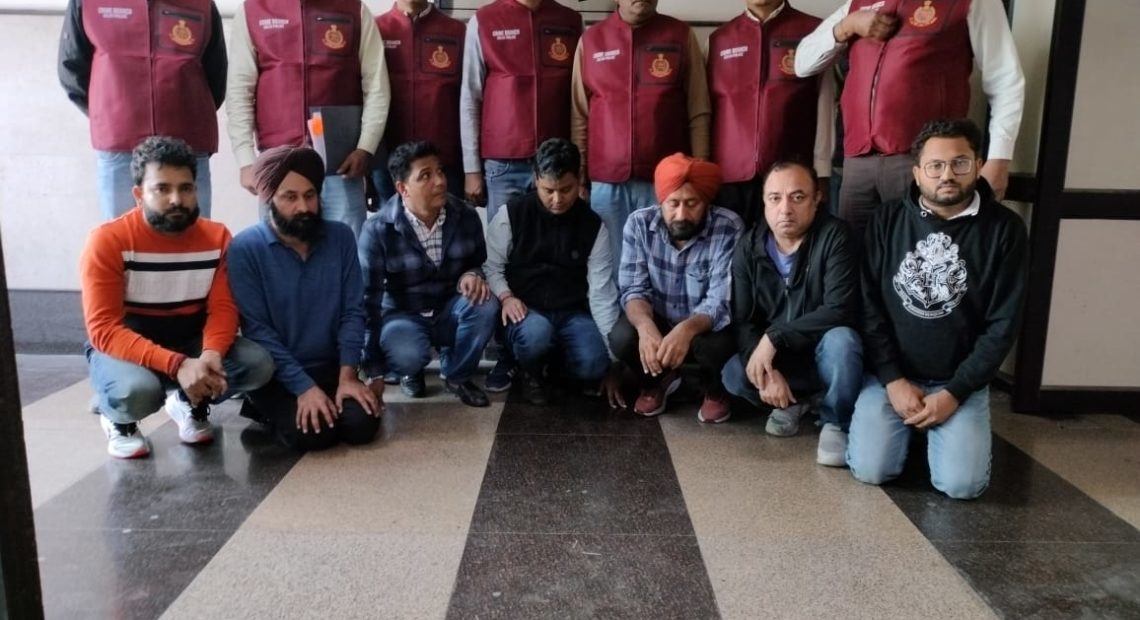 The Crime Branch of the Delhi Police has busted a fake visa racket being operated from the posh Connaught Palace area in the national capital. The police have arrested 8 persons including mastermind of the racket.

According to the Delhi Police, the gang was involved in forgery of bank account statements, ITR and other supporting documents required for securing the VISA of different countries.

The illegal VISA syndicate was being operated by one Baldev Raj @ Guruji @ Ronni and Shiva Rama Krishnan assisted by accomplices Neeraj, Sunil and Pankaj.

The accused persons were in the business of securing VISA of different countries since last 10-12 yrs and have expertise in preparing forged bank statements, ITRs and other documents required for securing the VISA of different countries. The standard/quality of forged account statements so prepared by accused persons are of such level that even the bank employees and amazed to see the forged statements during enquiry process.

The aspirants are mostly unemployed youth and they wanted to go abroad in search of employment. Such aspirants don’t have valid documents for securing the VISA viz Bank a/c statements, ITR, valid source of income. For fulfilling the documentary requirement for VISA, accused persons used to prepared above documents through skilled persons and based on the above documents, aspirants used to apply for VISA and getting succeeded in securing desired VISA. Accused persons were charging hefty amounts in lieu of services rendered by them to the aspirants.

The Syndicate was being operated for the past 12 years under the garb of doing Tour & Travel business. The accused had got registered a firm named ‘Green Tour & Travel’, and that too at a wrong address. This network is far flung and spread in the many states including Haryana, Punjab, Rajasthan, UP etc. The members of the racket were using highly encrypted Mobile applications like whatsapp for communication and running this illegal business.

In order to make the business flourish, the accused had also roped in one spiritual guru (Satsangi) who was reverend amongst the general public. This “guru” was arranging large number of clients for the group.

The Crime Branch has seized around 300 passports of various countries along with large number of forged / incriminating documents, stamps, laptop, tablets recovered from their possession.