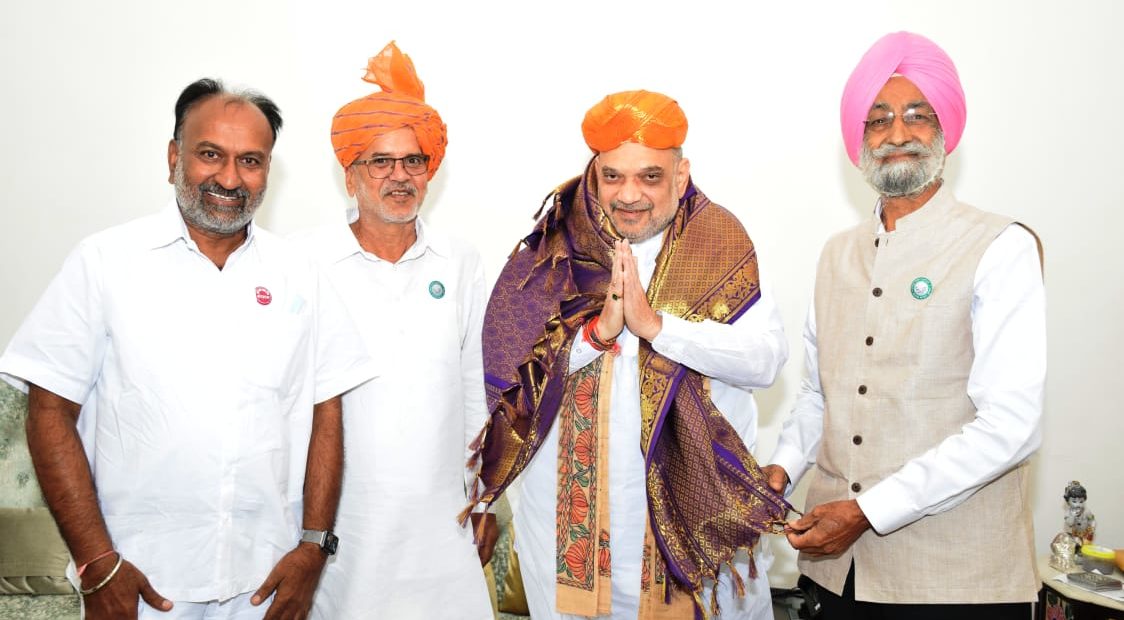 A delegation of All India Kisan Coordination Committee (KCC) met the Union Home Minister Amit Shah at Delhi on Thursday to discuss various issues relating to agriculture sector and other social, political issues.

The delegation was led by former Rajya Sabha MP Bhupinder Singh Mann who is the chairman of the All India Kisan Coordination Committee (KCC) and also the national president of Bharatiya Kisan Union. Gunvant Patil, General Secretary, KCC; and Guni Parkash, Executive Member, KCC and also the president of BKU, Haryana were part of this important meeting.

Notably, Both Gunvant Patil and Guni Parkash have been nominated as Members of the MSP Committee constituted by GOI.

Bhupinder Singh Mann also brought to the notice of Home Minister about the worrisome law and order situation in Punjab and the ever increasing drug issue which is getting out of control.  Hon’ble Home Minister assured action in the matter.